The year has kicked off with gusto.

We have battled over regulation and bad ideas in Tennant Creek that threatened to spill out across the Territory with an expanded Bad Digital Registry to impact locals and tourists alike.

At least digital IDs from South Australia and New South Wales can manually be checked so that we no longer have to turn away tourists but again this took way more time and effort than should be required.

We have advocated and secured some Good Friday changes but more needs to be done to provide certainty and equity of trading conditions on that day.

We have seen southern lockdowns and hot spot declarations and border restrictions come roaring back in, something many were hoping to be a distant memory by now given the end of JobKeeper and rollout of the vaccine.

This risk now hangs over our businesses hoping to staff up and invest in what is shaping up to be a solid Dry / Winter season and we are pushing for the Government to share some of the economic risk / financial cost, especially for our accommodation members who see bookings evaporate every time a hotspot is declared and mandatory quarantining is required.

Just before Christmas, we saw another regional venue inappropriately targeted and named and shamed by police using ‘emergency’ 48 hour shut down powers with no subsequent action and no known breaches or findings of fault by the police when they pull the trigger.

We continue to push for greater protection of our venues from noise complaints by neighbours who would like to turn our vibrant cities into libraries and mausoleums.

We have kicked off localised and interstate campaigns promoting our industry to would-be workers – the single largest factor throttling our businesses alongside snap domestic border decisions.

We continue to push for common sense on the ‘Sign Wars’ raging along our highways and corridors where the Government wants many of our members to rip out long-standing signs in the name of safety! Since when did one of our signs lead to any crashes or road carnage?

One would’ve thought the greater focus should be on stopping the now famous Shovel Man in the red centre and his ilk that are wreaking havoc in our cities and towns across the Territory.

We have seen the successful tourism vouchers and roadhouse upgrade grants – both of which we would like to see again in the upcoming budget.

We are working closely with NT Government agencies, Ministers, Opposition Members, other complimentary industry bodies, and our partners and supporters in the media.

As always, let us know any issues or concerns you are having and maintain the rage as we fight to rebuild and strengthen our vibrant hospitality scene for the benefit of locals and tourists alike. 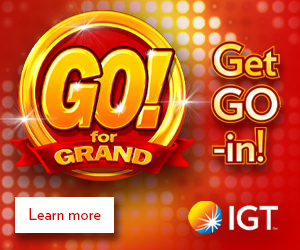